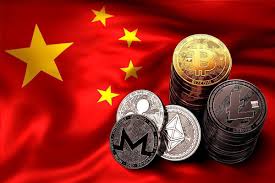 According to an announcement on Dec. 24, the index will be based on the stocks of 50 companies listed on the SSE that participate in the blockchain industry.

The top 50 blockchain-related stocks are ranked based on their average daily market value over the past six months. The index is updated two times per year: on the second Friday of June and December.

While China’s central bank digital currency (CBDC) project has been slightly hampered by the coronavirus pandemic, the nation has made it clear that its national blockchain network will launch in April as earlier scheduled.

In a bid to help blockchain-based businesses within its shores to drastically reduce their cost of operations, China is set to roll out its centralized and permissioned blockchain network dubbed the Blockchain-based Services Network (BSN).

Per sources close to the development, the BSN platform is being created by the Chinese government in collaboration with banks and tech firms in the region.

Unlike established blockchain networks like the Bitcoin and Ethereum blockchains among others which are completely decentralized networks controlled by no single entity, the BSN will function as a permissioned network controlled by the Chinese government.

However, despite this privacy lapse, the founding members of the BSN which include the Chinese National Information Center, China UnionPay, Red Date, and China Mobile, have made it clear that users of the platform will benefit immensely from the proposed BSN network in terms of cost reduction.

Specifically, as stated in the BSN whitepaper, most firms spend roughly $14,000 to create, operate and maintain their blockchain networks for just one year. However, with the BSN, businesses will be able to deploy their blockchain-based apps for just $300.

What’s more, the BSN will function as a permissioned blockchain where users will only be able to share data with their trusted partners. However, the Chinese government will have the root key of the platform, to monitor all transactions on the network.

Interestingly, in spite of the privacy limitations of the BSN, the BSN Development Alliance says it plans to make the network a global standard for blockchain operations in the near future.

The team says the BSN will have at least 100 functional nodes with thousands of users each, by the time it goes live next month.

Before creating the index, the SSE made sure that the companies involved are actually using the technology, rather than just capitalizing on the hype. In March 2018, SSE had suspended trading of healthcare device manufacturer Lifesense while it conducted investigations into the firm and its claims regarding blockchain deployment.
A company announcement regarding the launch of a “blockchain laboratory” had caused its share price to skyrocket 10%, hitting the SSE’s daily limit. SSE is one of two stock exchanges operating independently in mainland China. According to stock market data website TradingHours, the SSE’s market capitalization is $3.12 trillion, making it the fourth largest in Asia and the eighth largest in the world.
Major exchanges are beginning to list indexes that track blockchain and cryptocurrency-related firms. As Cointelegraph reported in mid-October, Nasdaq listed the AI-powered CIX100 index created by crypto data provider Cryptoindex.
In September, Nasdaq also listed a blockchain decentralized finance index called Defix, which includes projects such as proof-of-work blockchain Amoveo, decentralized exchange protocol 0x and prediction market Augur.

The price of bitcoin briefly soared above $10,000 following Xi’s remarks. That pop was mirrored by similar spikes in the prices of more than a hundred Chinese stocks with blockchain exposure as well as a bunch of other cryptocurrencies.

While Beijing’s unexpected move came after Facebook announced its Libra cryptocurrency project in June, the policy change did not happen overnight, according Edith Yeung, managing partner at Proof of Capital, a blockchain-focused venture capital fund.

“They have been working on and studying this for the last 5 years so this is not just ‘because of Libra therefore we do this’,” Yeung told CNBC.

China is moving full speed ahead while Facebook defends the cryptocurrency project against skeptical regulators. The social media giant has also seen many key payment partners, including Mastercard, Stripe, Visa, PayPal and eBay, pull out of the project.

Industry experts predict that China could start rolling out its state-backed digital currency as early as the next two to three months. Government grants have been set up to help blockchain projects. For example, Guangzhou’s city government launched a 1 billion yuan (about $140 million) subsidy fund to support development of the blockchain industry.

However, as Cointelegraph reported in September 2017, Chinese regulators placed a ban on local cryptocurrency exchanges, forcing them to close. Shortly after the ban, news broke that the government sought to crack down on all domestic cryptocurrency trading, not just commercial exchanges. So, as with many things here in China, it is sometimes two steps forward and one step back. There is always progress, but there is also regulations and adjustments.

According to a report by Coin Telegraph, the cryptocurrency world left the stock world in the dust when it came to overall performance in 2017. For an example, compare the top-performing stock market for the year with the top-performing virtual currency at the same period.

In the case of stocks, this would be the Zimbabwe market, which advanced by 117.7% (this is not including the Venezuela market due to inflation). By comparison, the top-performing cryptocurrency, Ripple, managed to win 28,963% returns for the same period. Ripple began 2017 at $0.0065 per token and ended the year at roughly $2.25. In the process, Ripple, passed by ether to become the second-largest digital currency by market cap, following only bitcoin.

In the world of stocks, less developed and emerging markets were the ones that posted the largest gains in 2017. Argentina saw a 77.7% return, while Mongolia gained 68.9% and Kazakhstan rose by 59.3%. This may be trivial for some investors, as there are barriers to investments in many of these markets. Still, in spite of these generally impressive results, the returns were meager compared with those in the digital currency space.

The fact that there are international barriers to stock market investments may also play into the rise in popularity of digital currencies, too. Because virtual currencies are largely unregulated and decentralized, investors can participate in markets all over the world with ease. They can access their investments and transact at any time of day.

Investing in cryptocurrencies and other Initial Coin Offerings (“ICOs”) is highly risky and speculative, and this article is not a recommendation  to invest in cryptocurrencies or other ICOs. Since each individual’s situation is unique, a qualified professional should always be consulted before making any financial decisions.